So a few years ago I was slurping on a mint chocolate chip blizzard at a Dairy Queen in Salado on my way to pick up my son from his Grandparents. Then I got a call from my bestie/college roommate Nikki.

Let me add some history to this.

Nikki and I met in our Design 1 class in the School of Visual Arts in at the University of North Texas in Denton back in 2000. We bonded over the awful projects with construction paper, and the fact that our T.A. had a tendency to wear jeans with a hole in the crotch, and no underwear. One day, as he was sitting in-between us during a a critique I looked over at her. While I glanced over I noticed that our T.A. (who was sitting on the table) had a huge hole in the crotch of his jeans.

And pushing thru that hole in said crotch hole was his pink hairy scrotum.

Immediately I started laughing in shock and terror. I was contorting my face in a battle to cover my shock and laughter and Nikki looked over and saw.  I'm not sure if she saw the T.A.'s testicles or just me having what must have looked like a facial spasm but she started laughing.

Experiences of that kind tend to bond people.

We were both fashion design majors and then became roommates after both our dorm/apartment roommates went all weird on us. The next four years were a daze of college and crazy, sewing, fabric, and the sweat shop that was our dining room. We had other roommates, Drunk Donna, Cute Mary, Drunk Rachel and a houseful of the strangest weirdest creepiest stuff two strange art major girls could collect.

Well, after four years, she went off to New York to work for Teen People and then Seventeen and I stayed in Dallas/Denton to intern for a manufacturer.  Fast forward 6 years, I'm married with a one year old and I'm a stay at home Mom in central Texas. She's writing a book, the third of hers I think. It's all about pattern making, just like we learned in our patterning making 1 class. (Annie would be so proud)

She had almost finished writing a book. I know, a BOOK! All I had done since college was work in some jobs as a designer, and she had done something more substantial than rework a back pocket embroidery on a pair of jeans, or design 20 skorts for a department store.

She needed a favor. Could I do the re-sketch the illustrations she had already drawn?

(I did a LOT of sketching in my former design jobs. Adobe Illustrator and I were practically married. Flat sketches, technical sketches, illustrations. You name it I did it.)

So I said yes. She even offered to PAY ME!!!

I was so excited. So when I got home from Dairy Queen, son in tow; I came back to an email and a hundred or so sketches to re-sketch in illustrator. Within two weeks I had done, hmnnnn 70-100 or so. There were some updates and reworking after the bulk were done. And it took quite a while until I heard but it's finally published!!! And I have my name as the illustrator!!!! I even got paid!!!!

So here's the book that I worked on with Super Star Author Nicole (Nikki) Smith. 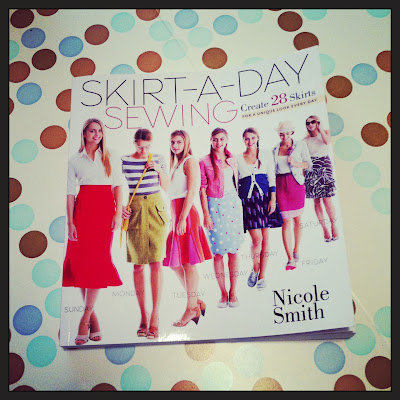 You can buy it here.....and also visit the publishers website here.

Or you can see Nikki's blog here.

Here are some badly taken pictures of my illustrations.

I'm a little sad they didn't use the illustration I had done of the body measurements.

Instead they used a picture, which makes sense when you read the book.


All in All, I'm pretty pleased. And I'm super happy for Nikki.


So go out and buy this book.