11 months and look who is walking

She took two steps in September. But this week, or rather the day she turned eleven months old, she started walking in earnest. She's still crawling, but it wont be long until she's running.

She pretty much already "run's the show" if you know what I mean. She likes kissing, and biting. Usually at  the same time and it's a bit painful. She has less issues with solid food (the puking thing) so that's a big plus.

Oh my goodness she's found some attitude as well. If you don't do what she wants, screaming will ensue.

But overall, she's just so wonderfully happy. She smiles, she grins, she squeals with delight and makes everyone fall in love with her. She's just charming and lovely, just like her older brother at that age.

Her big brother is 4 years old and is as imaginative  and affectionate as ever.

He likes helping me, when I'd rather not have help. And will refuse to help me when I truly want him too. 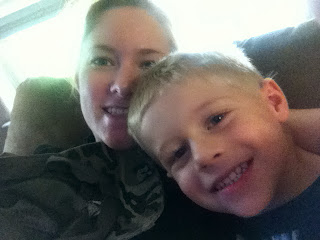 I have finished the four tutu's I was making for the Nutcracker this year. I still have 2 volunteers working on the other 4.


Still more work to do, I need to fit them on the dancers they were made for, and add the hook and eye closures, sew the back straps in to the bodice.

While I was perusing the internet, looking for more tutu's I came across this.....The New York City Ballet Costumer shop.

So cool. Oh how I wish I could have explored that place and picked their brains.

While looking at other tutu's; (because I may be insane) I came across some really great videos, and tutorials. As well as a great website to buy tutu's Prima Donna Tutu's.

I just want to show you guys some of the fantastic stuff they offer. 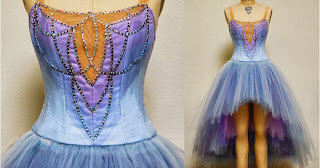 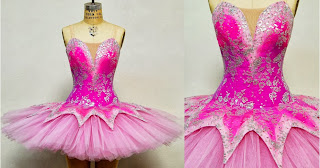 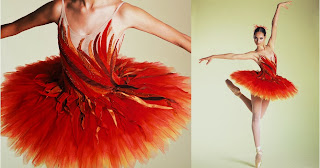 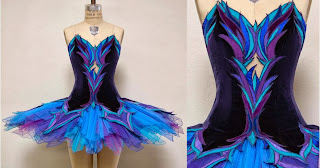 Man o Man. I wish I could create something like this. 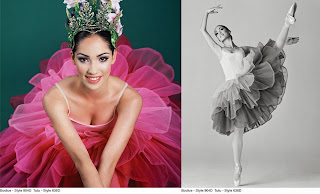 They make these either custom, or you can get basic. I would have loved to buy tutus' from them but they are not kidding around. They will cost upwards of $500 a tutu. Which taking into account the work and struggle that goes into making tutu's, it would be worth it. (But out of the question for a some student ballet company's)

Well, inspiration for another day.

How to make a TUTU

In 2011 I was taking classes as Ballet New Braunfels, for exercise. I hadn't performed in a ballet since 2004, or on pointe. I tried to take ballet classes when I could because I got bored doing the elliptical and treadmill at the gym, plus, I never stopped loving to dance.

One of the dancers in the Nutcracker that year got injured, and so the director asked me to dance in her roles.

Again, I was 30 years old, hadn't danced on stage in 7 years, let alone on pointe and I foolishly said yes.

Well, that year I noticed that the costumes we were dancing in (namely the tutu's) had seen better days. They had originally been recital costumes which are really only made for one or two uses and were falling apart, and didn't fit very well. They had been used 5 years in a row, and they just weren't the kind of costumes you really need or want for a production like the Nutcracker. (You want costumes that really show off from stage, and that will hold up well to many uses) I said I would like to volunteer to help make some nicer, long lasting tutu's. Let it be known that I had only made tutu's once before. So, I went about it like a dressmaker/pattern-maker would. As opposed to  a ballet costumer would.

Here was my idea. 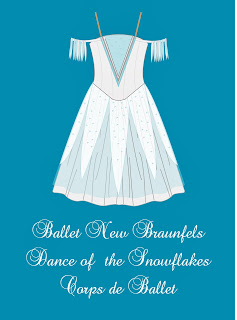 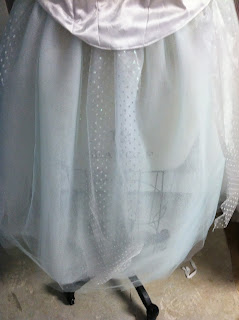 It was really just a constructed bodice, with an attached skirt of gathered tulle attached. Due to budget restraints, we only had maybe 6 layers of tulle gathered together, as opposed to 10 gathered separately and attached to a basque (waistband). A proper tutu is supposed to be 2 pieces, and attached later (or tacked). I hadn't done a bunch of research because I thought I knew everything already. (Spoiler alert: I did not)


Last year, being that I was 8 months pregnant and the due date was right before the Nutcracker, we "updated" the original pink waltz of the flower costumes, and said next year we'd tackle them from scratch.


This year, we tackled Waltz of the Flowers costumes.


Again, this year we used the netting from the original costumes from last year, which was good due to budget, but bad because it is really stiff and gives a weird shape to the gathers. I used 6 layers of tulle above it, but that netting is just too stiff to have the fluff you usually associate with a romantic tutu. All the different colors are gathered separately, and attached to a basque, as opposed to last years tutu's.  I would have liked to have 4 layers of tulle for each color, but again, it just couldn't happen with prices. We went with two layers per color.

A tutu of this kind of construction would probably sell retail for about $300 or more. (not handmade but made in a factory) A regular recital costume would go for about $50. I was able to make these for $60 cost of materials, not including labor or design or development. I volunteered as well as some others.

Again, this year I used a store bought pattern rather than draping my own for the bodice because why? It's there already and all I have to do is modify it a bit. I added 2 inches of overlap, for the hook and eye closures on the back, and also to allow for different size dancers each year. This is a student company so it doesn't require a certain body size. We will be making 8 this year. I went and did a step by step instruction manual that totaled at about 31 pages. With pictures and drawings. I guess I went a bit overboard but I wanted something that would be easy to follow with just a moderate amount of sewing experience, and when I am no longer able to volunteer, would be able to be followed again without my input.

I have gotten some feedback from my volunteers about the issues with the instructions, so always, perfection is unattainable. It was nice to have a few hours to remember my designer days of constructing product packs and living in Adobe Illustrator.

Now, I've got 3 more tutu's to construct, and miles more yards of tulle to go. I'm just glad that the temperature has dropped enough to make sewing in my garage much better. If only I could get rid of the mosquitos.

In all the years I was sewing, my friends would jokingly call my sewing room a sweat shop. I would love to have those back, now I work in a real sweatshop, a garage, fraught with all the horrible conditions that usually come with working in an overseas sweatshop. Well, it's not that bad. But I like to whine and complain. It comes with being me I guess.