I have been stalking Pinterest for awhile now and trying to do the neat crafty artsy stuff that is often featured.

Some are great and work out perfectly, some don't.

Here was my inspiration: 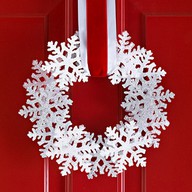 I thought it was beautiful, especially against my blue door.
Here's mine. 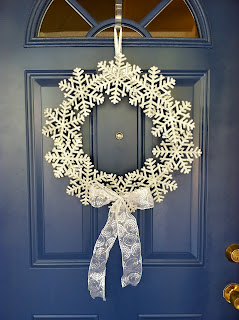 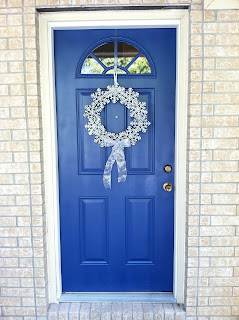 All it took were some silver glitter snowflakes from Big Lots, an embroidery hoop, some silver paint, a ribbon, and a lot of hot glue.  I'm really pleased with the way it turned out.

Here's my other try at a Pinterest inspired Wreath. 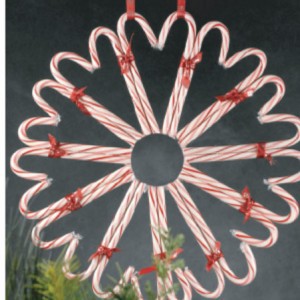 I thought it was perfect because 1. I love candy canes, and 2. it's unique.

I found out that it was much harder than I thought. 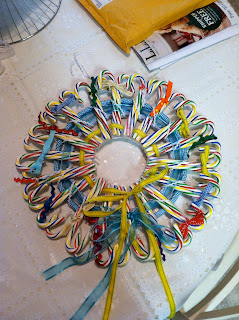 I used the Bob's candy-canes in cherry. Which are my most favorite in all the candy canes and I have tried many. I had tried to avoid using hot glue since it would melt the candy and make it inedible, but alas, it was the only thing that would hold. I also used way too many ribbons in way too many colors. I changed the design too much and it just didn't look right after I finished.

In the immortal words of The Bloggess...."Meh, they're not ALL winners."

I'm not convinced that this candy cane wreath can't be done, I just need to re-think it some more.

Until then,
Ruth
Posted by Ruth at 1:23 PM No comments: